Relax and enjoy the ride! 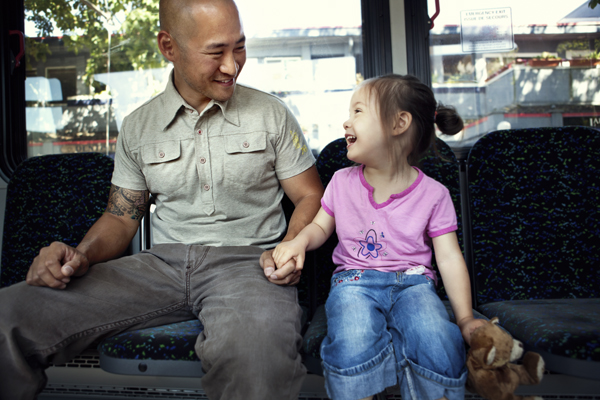 When you use the Kelowna Regional Transit System you enjoy a hassle and stress free ride. Let our drivers take over the traffic frustrations and parking problems, while you have some quiet time to sleep, read, or just daydream. Taking transit is a great way to save money and do your part to protect our local air quality.

With 27 routes, 100 buses and over 190,000 hours of service annually taking transit in the Central Okanagan is a convenient way for you to make smartTRIPS! Try a ride and see why over five million trips are taken by transit locally each year.

BC Transit, the provincial transit authority, contracts First Canada to operate transit services for the Regional District of Central Okanagan, Kelowna, Lake Country, West Kelowna, Westbank First Nation and Peachland. Each municipality holds its own service contract with BC Transit.

Funding for the Kelowna Regional Transit System is cost shared between the City of Kelowna, Central Okanagan Regional District, District of Lake Country, District of Peachland, Westbank First Nation and BC Transit. Decisions about fares, routes and service levels are made by Kelowna City Council, West Kelowna City Council, the Regional District Board, Peachland City Council, Westbank First Nation and Lake Country Council based on information and planning provided by the Municipal Systems Program of BC Transit. The buses are operated by First Group Inc. on behalf of the funding partners.